MY OWN LITTLE PLANE OF OBLIVION 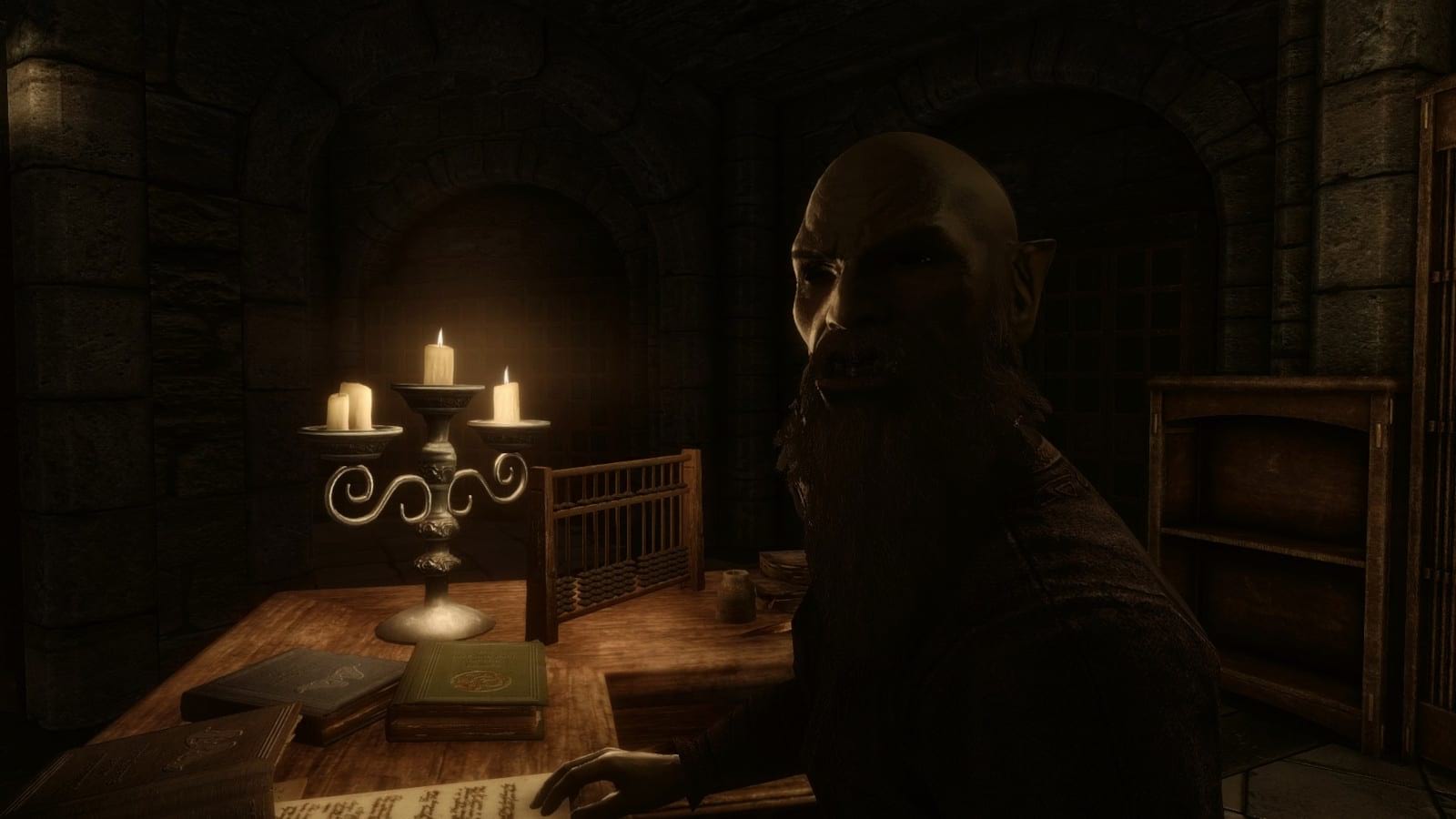 A successful translation, Benjamin wrote in the 1920s when he was translating Baudelaire's poetry into German, leaves neither the original nor the receiving language unchanged. Asad comments on Benjamin's text with cultural translation in mind: "The relevant question therefore is not how tolerant an attitude the translator ought to display toward the original author (an abstract ethical dilemma) but how she can test the tolerance of her own language for assuming unaccustomed forms." [11] 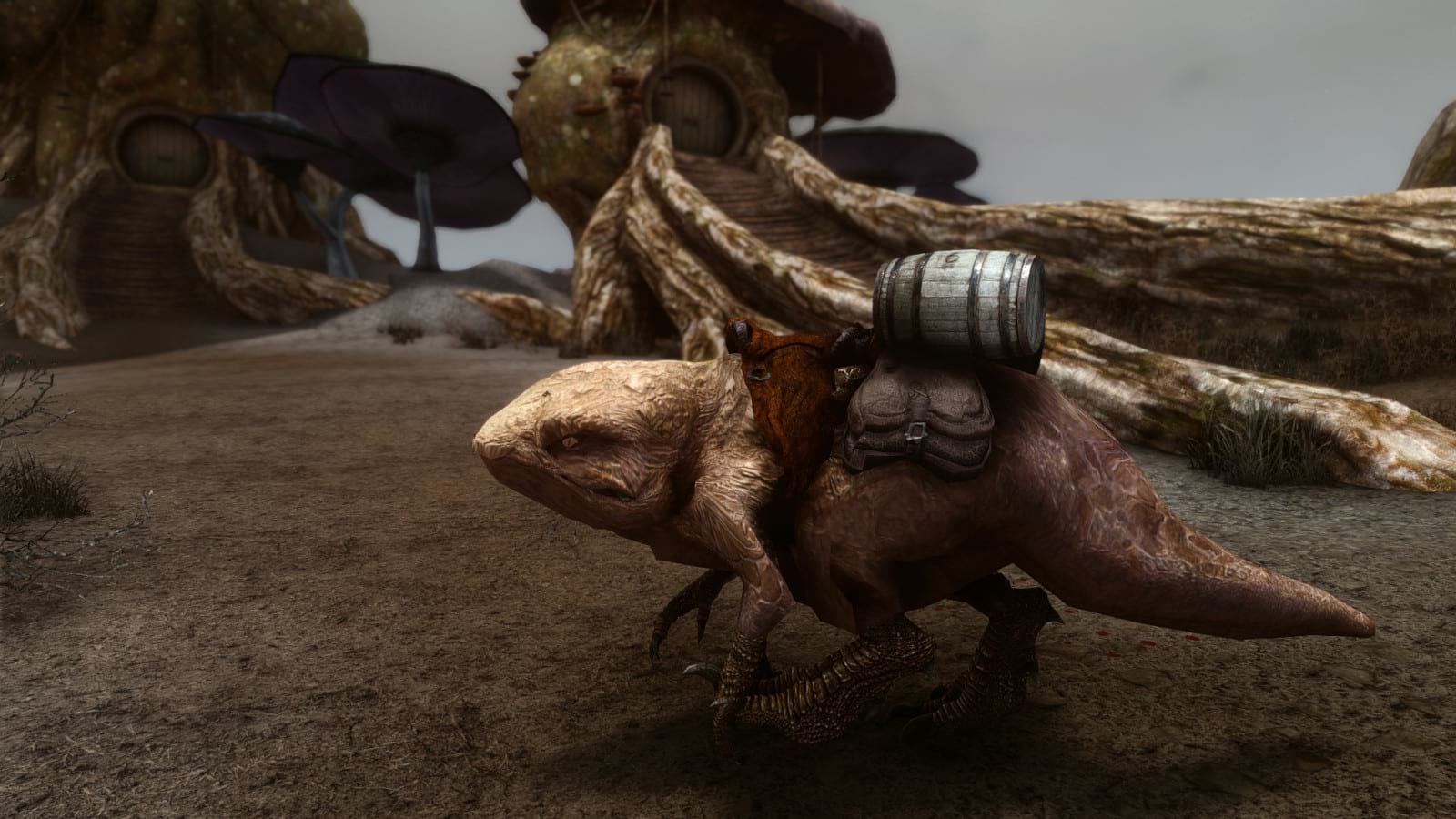 No commentary today, because sometimes the best medicine is, in fact, laughter:


Is Dave Rubin Able To Absorb A Basic History Lesson From Marianne Williamson?... No! (TMBS 98)

Jordan Peterson Has No Idea What Dave Rubin Is Talking About

Please remember, folks, when observing these, that you should never punch down. It's not a mandate, but doing so is rather dubious and pretty fucking pathetic. However, there is nothing wrong with laughing at Dave Rubin's amoeba brain. Also, you should absolutely, always, gleefully punch any Nazi.

Michael you are loved always. 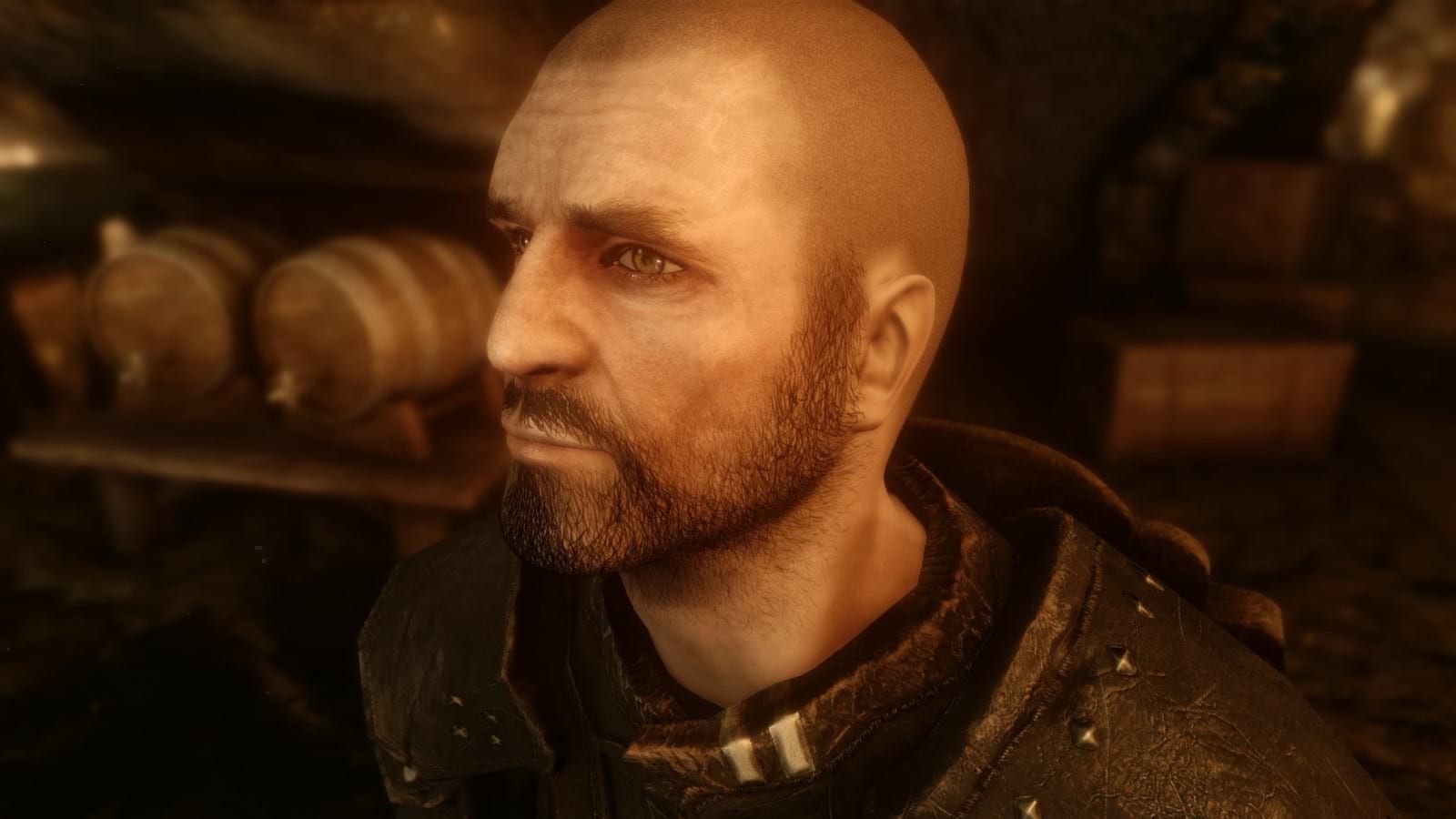 But anyway, it is not a question now of accusing the white American of crimes against the Negro. It is too late for that. Besides, it is irrelevant. Injustice, murder, the shedding of blood, unhappily, are commonplace. These things happen all the time and everywhere. There is always a reason for it. People will always give themselves reasons for it. What I'm much more concerned about is what white Americans have done to themselves; what has been done to me is irrelevant simply because there is nothing more you can do to me. But in doing it, you've done something to yourself. In evading my humanity, you have done something to your own humanity. We all do this all the time, of course. One labels people; one labels them "Jew," one labels them "fascist," one labels them "Communist," one labels them "Negro," one labels them "white man." But in the doing of this, you have not described anything--you have not described me when you call me a nigger or when you call me a Negro leader. You have only described yourself. What I think of you says more about me than it can possibly say about you. [10] 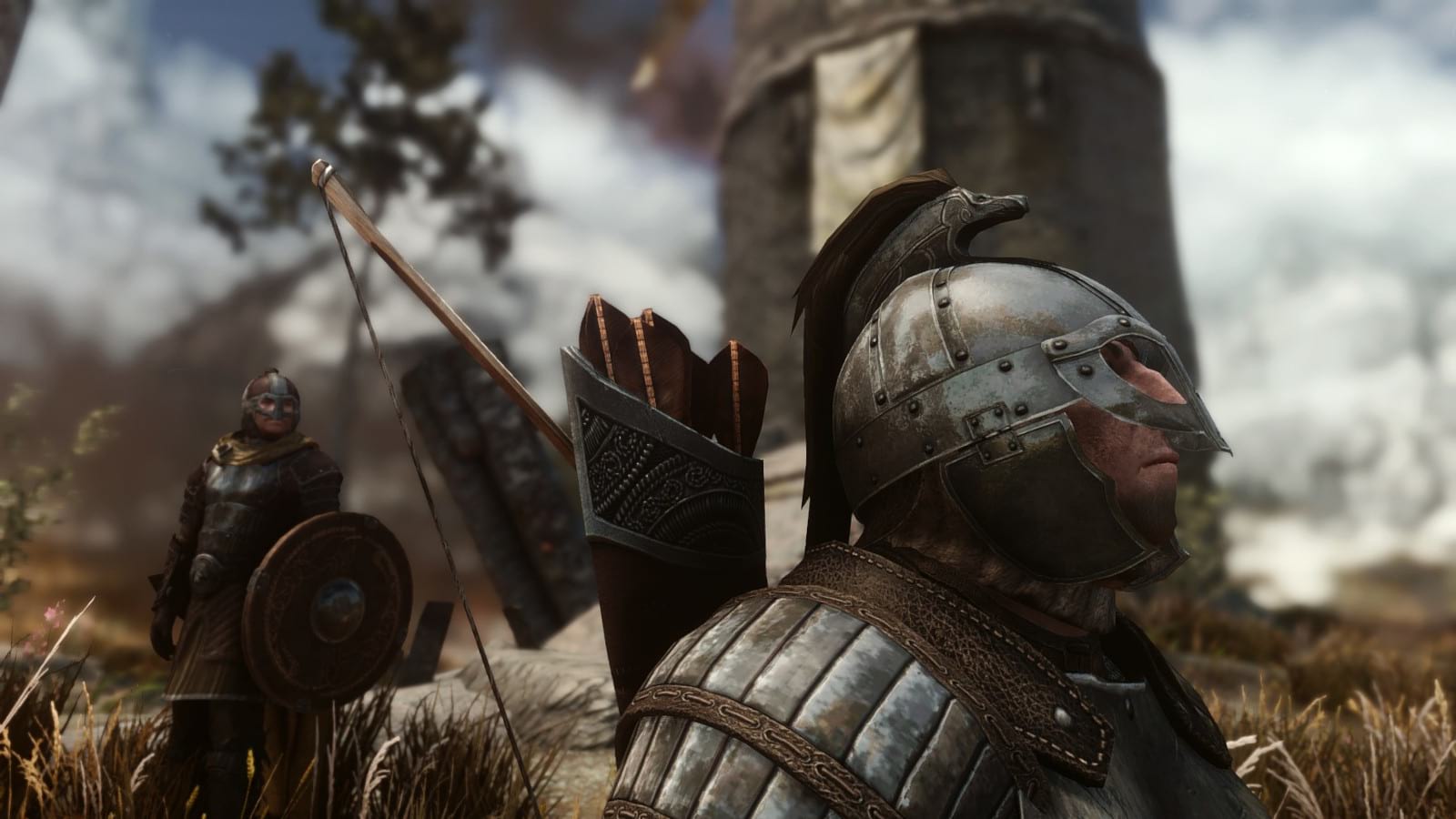 The Confederate battle flag and other symbols of white supremacy, including the Klan hood and the burning cross, were already displayed in Vietnam before King's dissent... After King's 1967 speech, displays of the flag became more prominent. "We are fighting and dying in a war that is not very popular in the first place," Lieutenant Eddie Kitchen, a thirty-three-year-old African American stationed in Vietnam, wrote his mother in Chicago in late February 1968, complaining of "people who are still fighting the Civil War." Kitchen, who had been in the military since 1955, reported a rapid proliferation of Confederate flags, mounted on jeeps and flying over some bases. Two weeks later he was dead, officially listed as "killed in action." His mother believed that he had been murdered by white soldiers in retaliation for objecting to the flag...

Then, one year to the day of his "Beyond Vietnam" speech, King was assassinated in Memphis, Tennessee. As protests and riots spread in cities across the United States, white soldiers in Vietnam raised Confederate flags in celebration. Commanding officers let them fly for days. At Cam Ranh Bay Naval Base, a group donned white robes and held a Klan rally. At Da Nang and elsewhere, they burned crosses...

Southern working-class soldiers, white and black, served in U.S. wars in disproportionate numbers, so these escalating fights over symbols of southern racist identity effectively marked the end of the pact of 1898. That pact, which had brought about national reconciliation between North and South, rested on two elements. First, the War of 1898 and the serial wars that followed allowed southerners to reclaim admission into the nation without having to renounce their white supremacy. On the contrary, the symbol of that supremacy, the Confederate flag, was unfurled over the nation's proliferating battlefields. Many could even imagine that that flag didn't represent racial domination and slavery but rather honor and grit, a fighting spirit that was helping to carry democracy forward. Second, the War of 1898 was the beginning of the process by which African Americans could claim citizenship by being willing to fight for the nation, with the military coming to serve as the country's most effective venue of class and race mobility and distributor of social services, such as education and welfare. The pact didn't suppress or transcend racial conflict so much as deferred it from one war to the next. Defeat in Vietnam, though, marked the end of this deferral. [9] 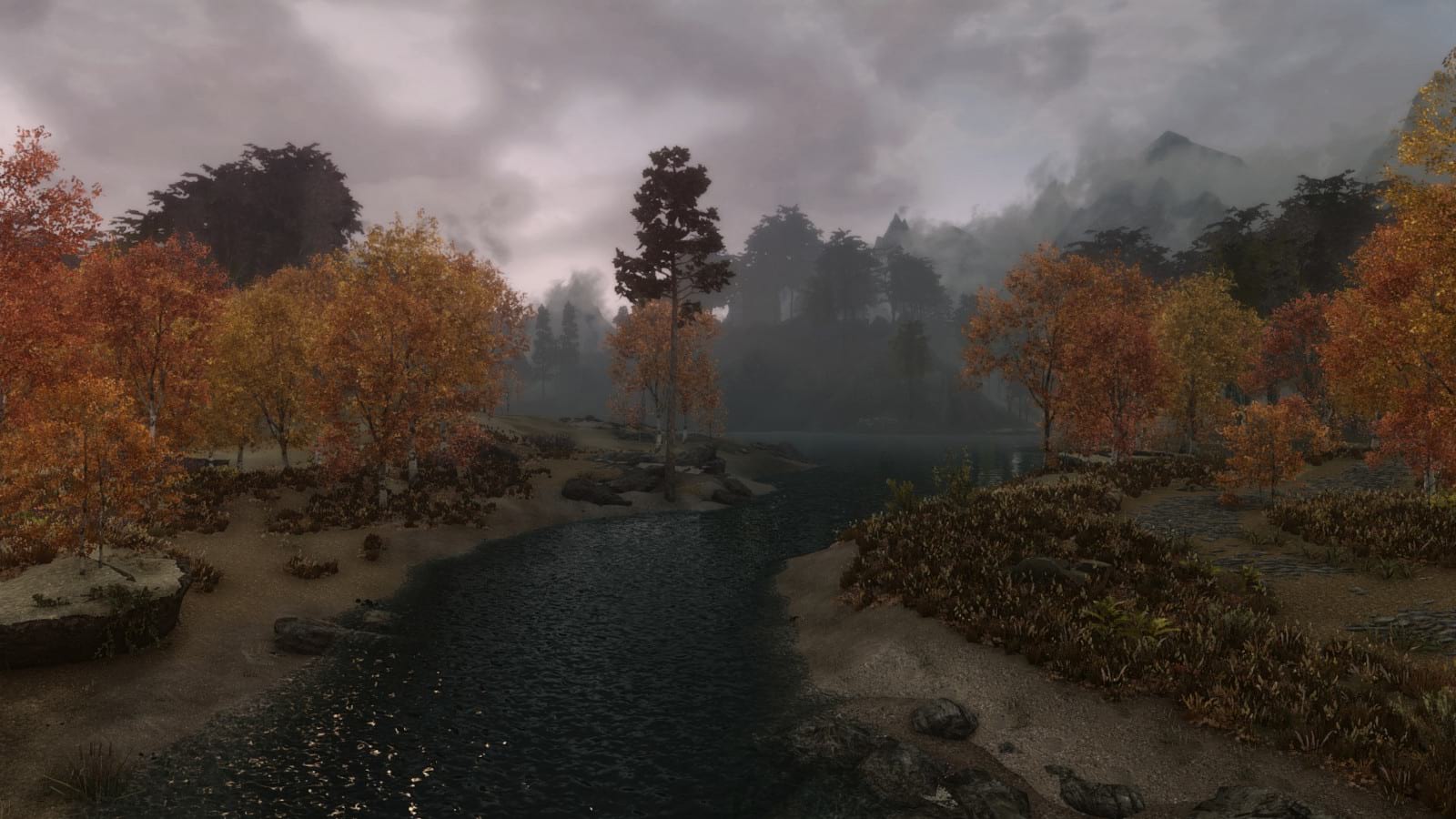 By connecting the concept of democratic self-rule with a continual project of expansion, the settler narrative shaped collective institutions, ways of war, visions of growth and prosperity, and conceptions of political membership that still run deep. Indeed, our own period has not been immune... As George W. Bush put it on October 6, 2001, “Our nation is still somewhat sad, but we’re angry. There’s a certain level of bloodlust, but we won’t let it drive our reaction. We’re steady, clear-eyed, and patient, but pretty soon we’ll have to start displaying scalps.”

Defending the launching of the global War on Terror, U.S. diplomatic historian John Gaddis gave scholarly imprimatur to the settler idiom: the borders of global civil society were menaced by non-state actors in a manner similar to the “native Americans, pirates and other marauders” that once menaced the boundaries of an expanding U.S. nation-state. Foreign affairs writer Robert Kaplan concurred: “The War on Terrorism was really about taming the frontier,” as he heard U.S. troops in Afghanistan and Iraq repeat the refrain, “Welcome to Injun Country.”

The reference, Kaplan insists, echoing Jefferson’s homage to Logan, “was never meant as a slight against Native North Americans.” It was merely a “fascination,” or an allusion to history—indeed, one that fits nicely with our aptly named Tomahawk missiles and Apache helicopters. But these comments and this history reflect a deeper, more sinister truth about the American dependence upon expansionary warfare as a measure of collective security and economic well-being. [8] 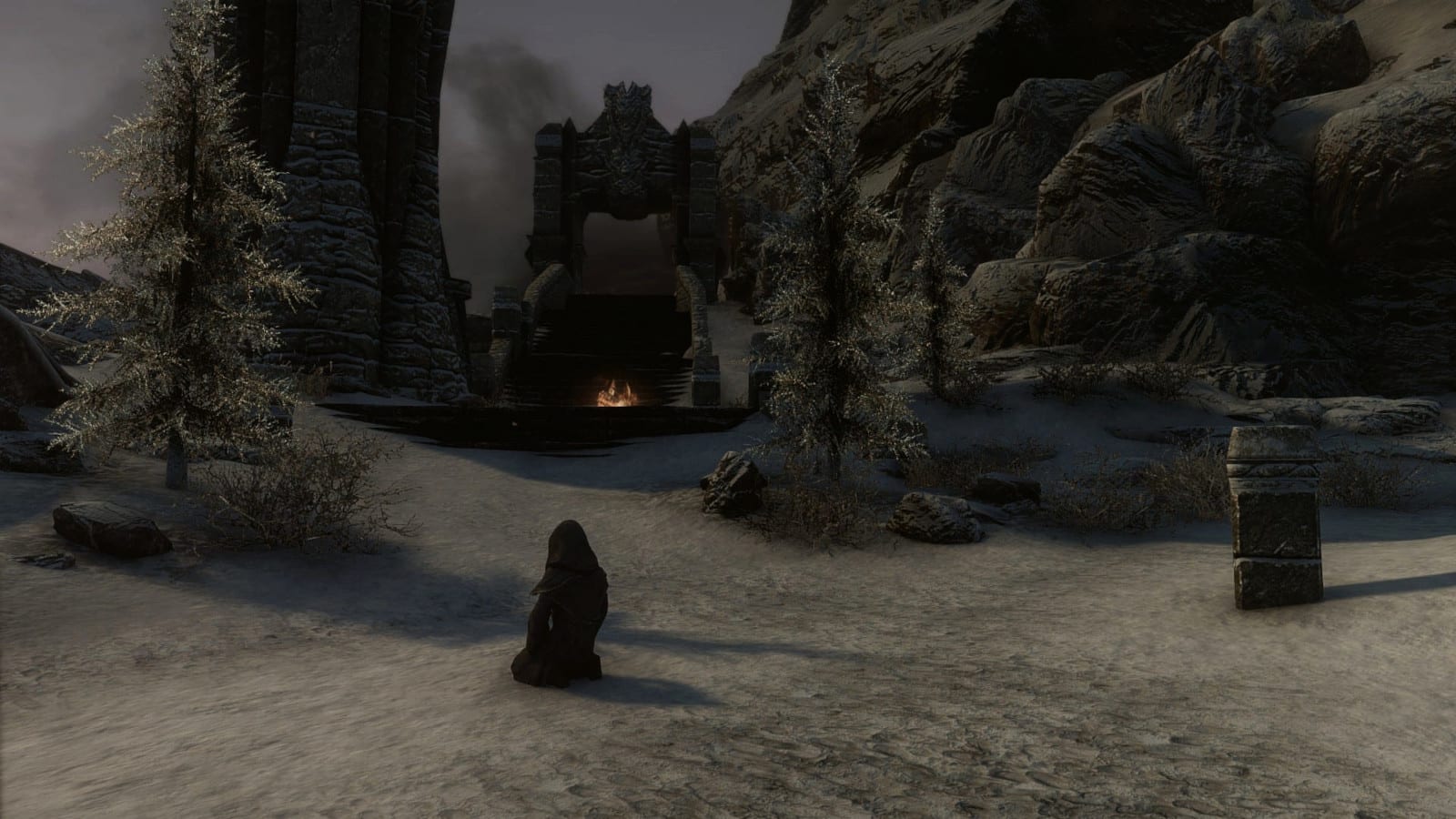 Secluded in the Alps, off in a small cabin and quite alone, Mahler wrote a letter to his wife in which he said that "no sound reaches me except now and again the sound of the bells which reminds me that people belong together." [7] 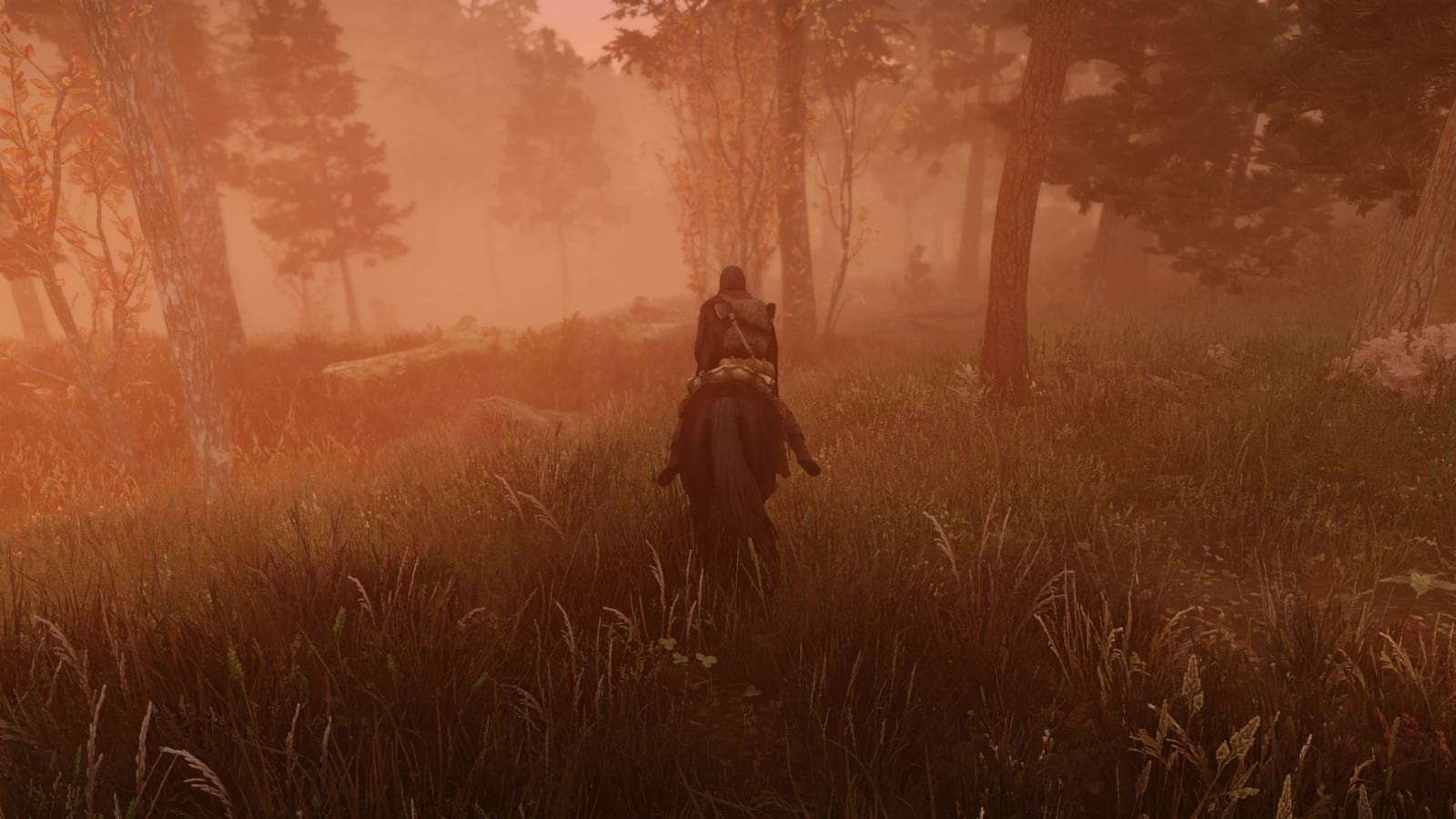 My conscience, once held at bay, came roaring back to life. At first, I tried to ignore it. Wishing instead that someone, better placed than I, should come along to take this cup from me. But this too was folly. Left to decide whether to act, I only could do that which I ought to do before God and my own conscience. The answer came to me, that to stop the cycle of violence, I ought to sacrifice my own life and not that of another person.

So, I contacted an investigative reporter, with whom I had had an established prior relationship, and told him that I had something the American people needed to know. [6] 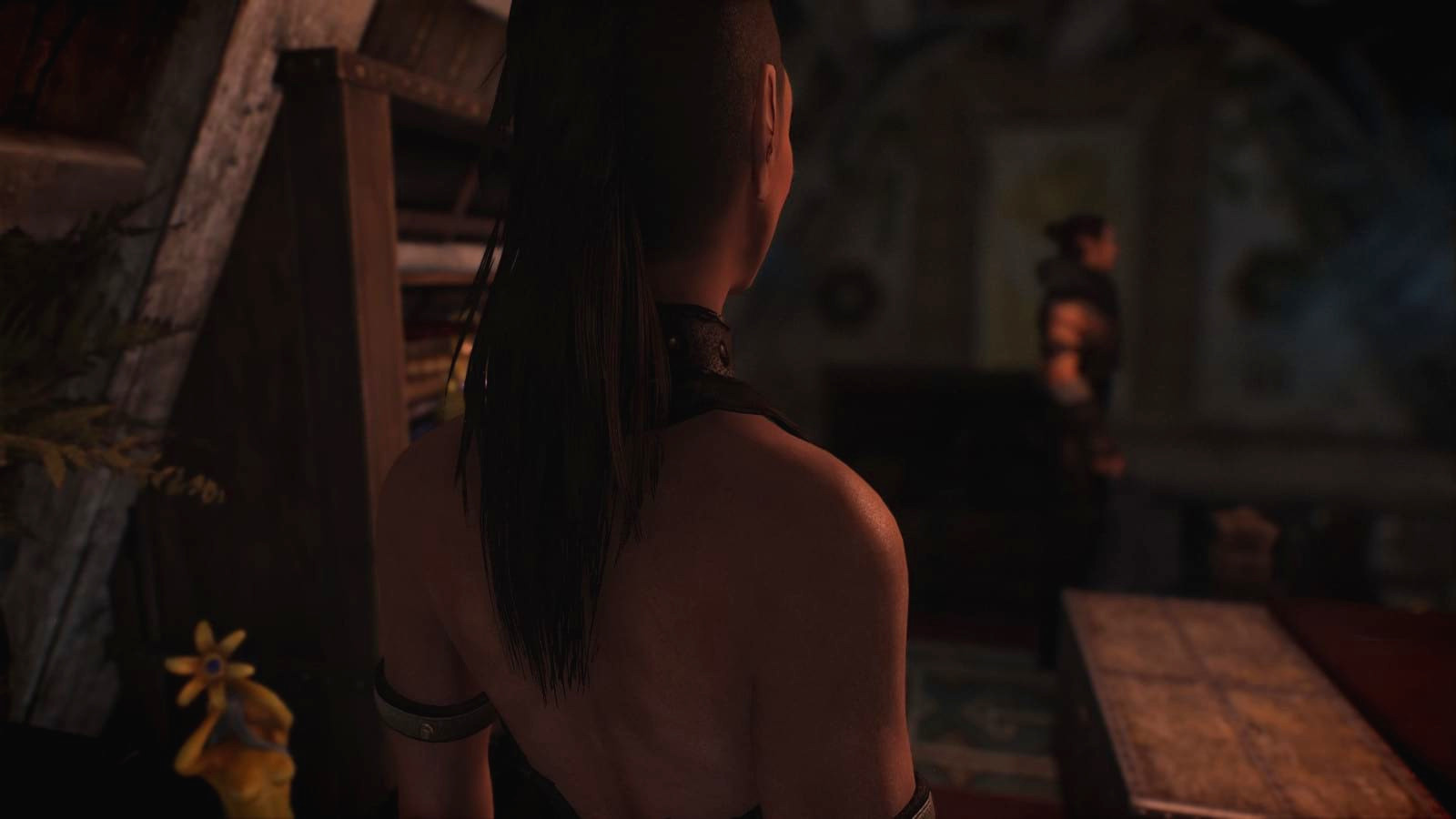 She had always wanted words, she loved them, grew up on them. Words gave her clarity, brought reason, shape. Whereas I thought words bent emotions like sticks in water...

Seas move away, why not lovers? The harbours of Ephesus, the rivers of Heraclitus disappear and are replaced by estuaries of silt. The wife of Candaules becomes the wife of Gyges. Libraries burn. [5] 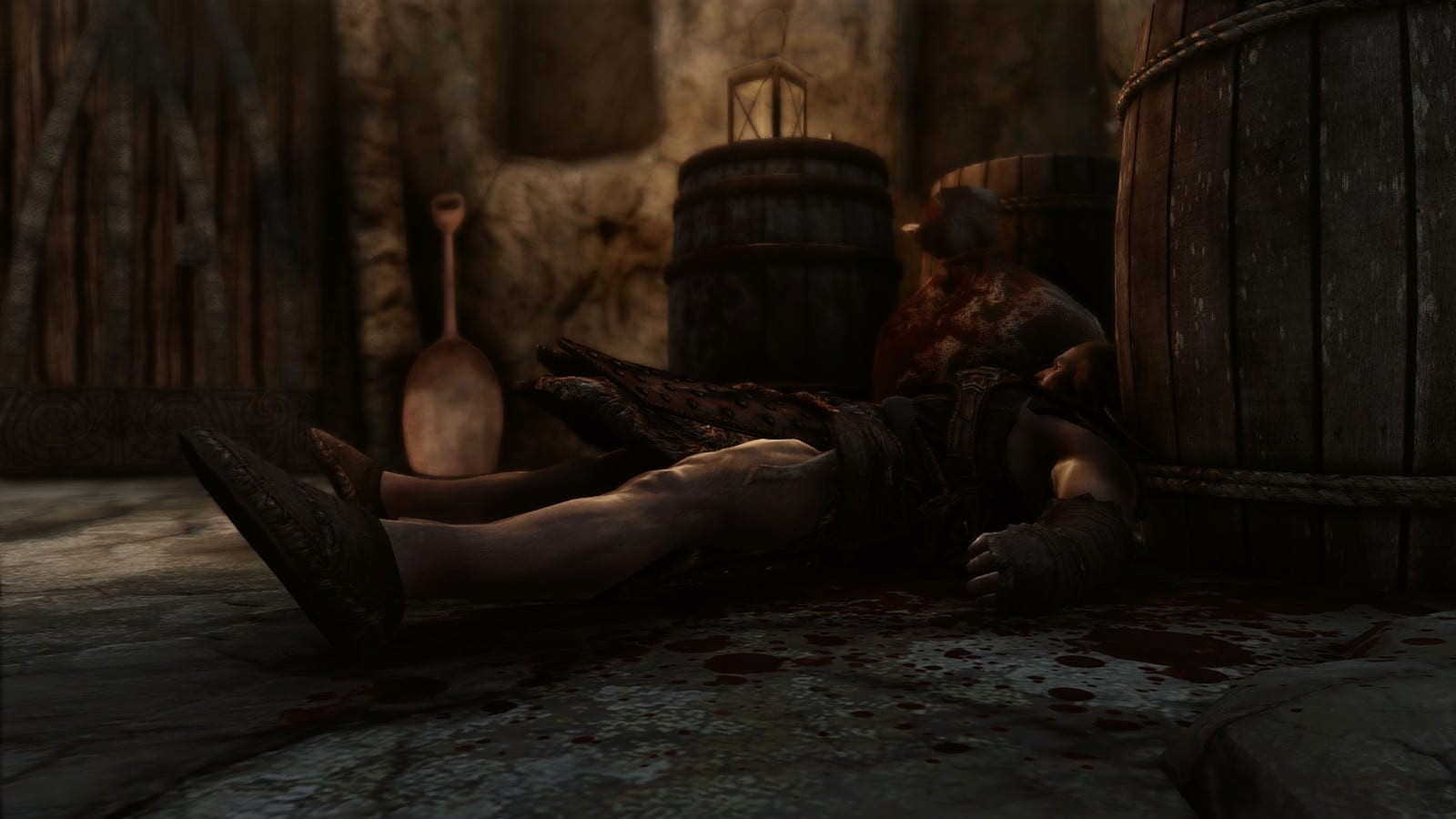 I remember one woman was walking by and she was carrying a huge bag, and uh she looked like she was heading towards us, so we lit her up with the Mk 19, which is an automatic grenade launcher, and when the dust settled we realized that the bag was only full of groceries, and I mean, she had been trying to bring us food, and we blew her to pieces for it. [4] 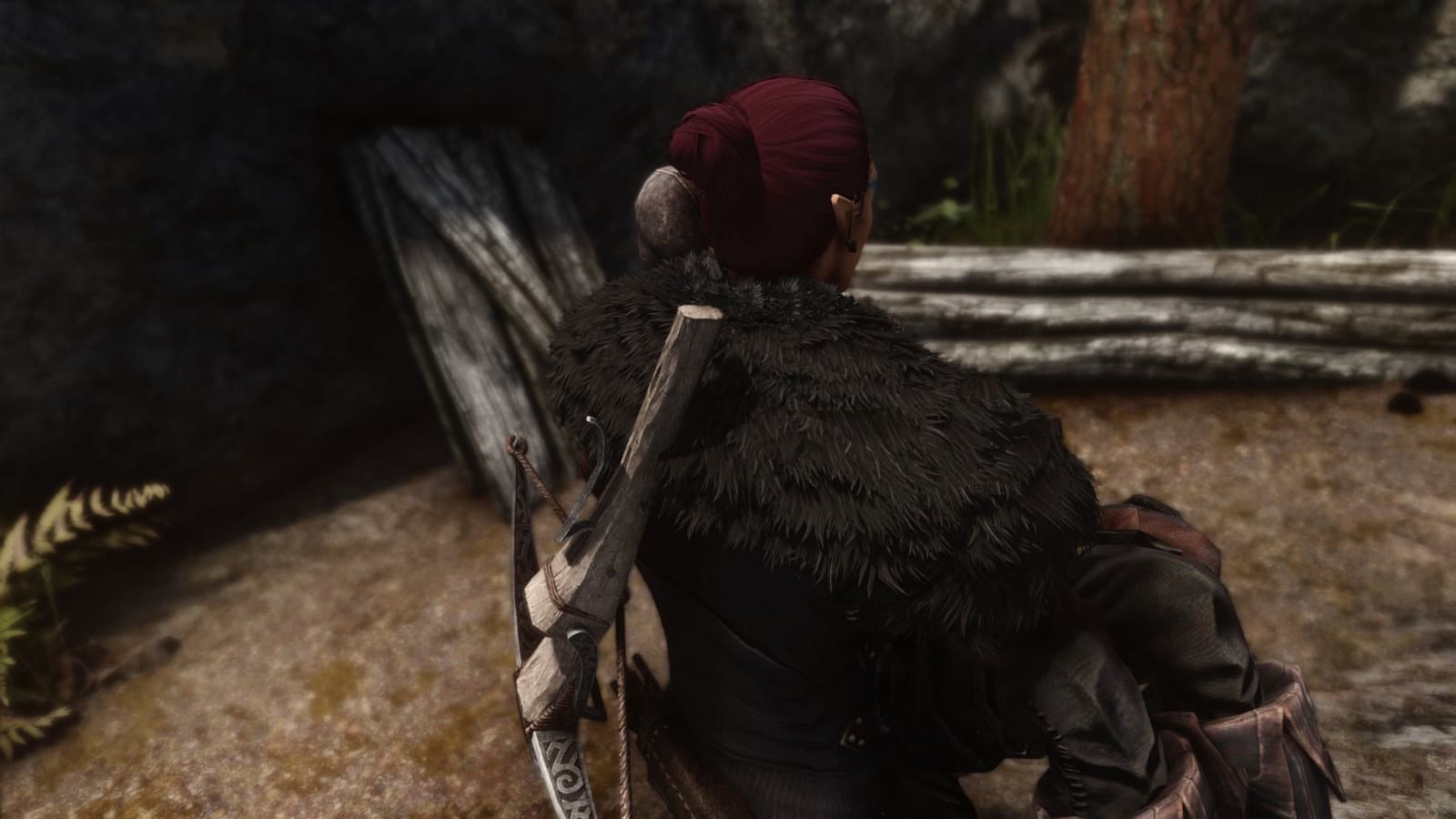 When I went out to kill myself, I caught
A pack of hoodlums beating up a man.
Running to spare his suffering, I forgot
My name, my number, how my day began,
How soldiers milled around the garden stone
And sang amusing songs; how all that day
Their javelins measured crowds; how I alone
Bargained the proper coins, and slipped away.
Banished from heaven, I found this victim beaten,
Stripped, kneed, and left to cry. Dropping my rope
Aside, I ran, ignored the uniforms:
Then I remembered bread my flesh had eaten,
The kiss that ate my flesh. Flayed without hope,
I held the man for nothing in my arms. [3] 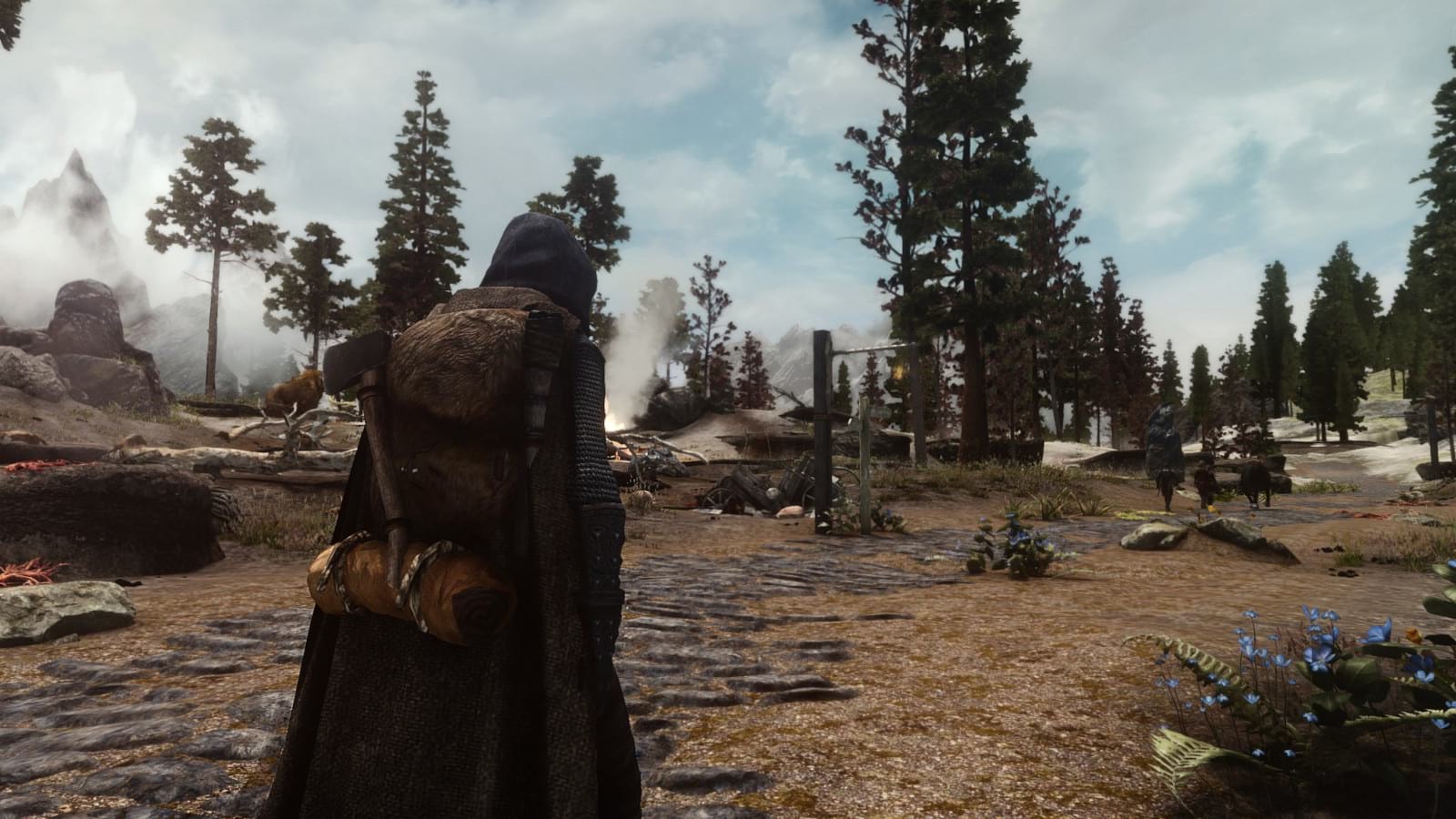 I think how little we can hold in mind, how everything is constantly lapsing into oblivion with every extinguished life, how the world is, as it were, draining itself, in that the history of countless places and objects which themselves have no power or memory is never heard, never described or passed on. [2] 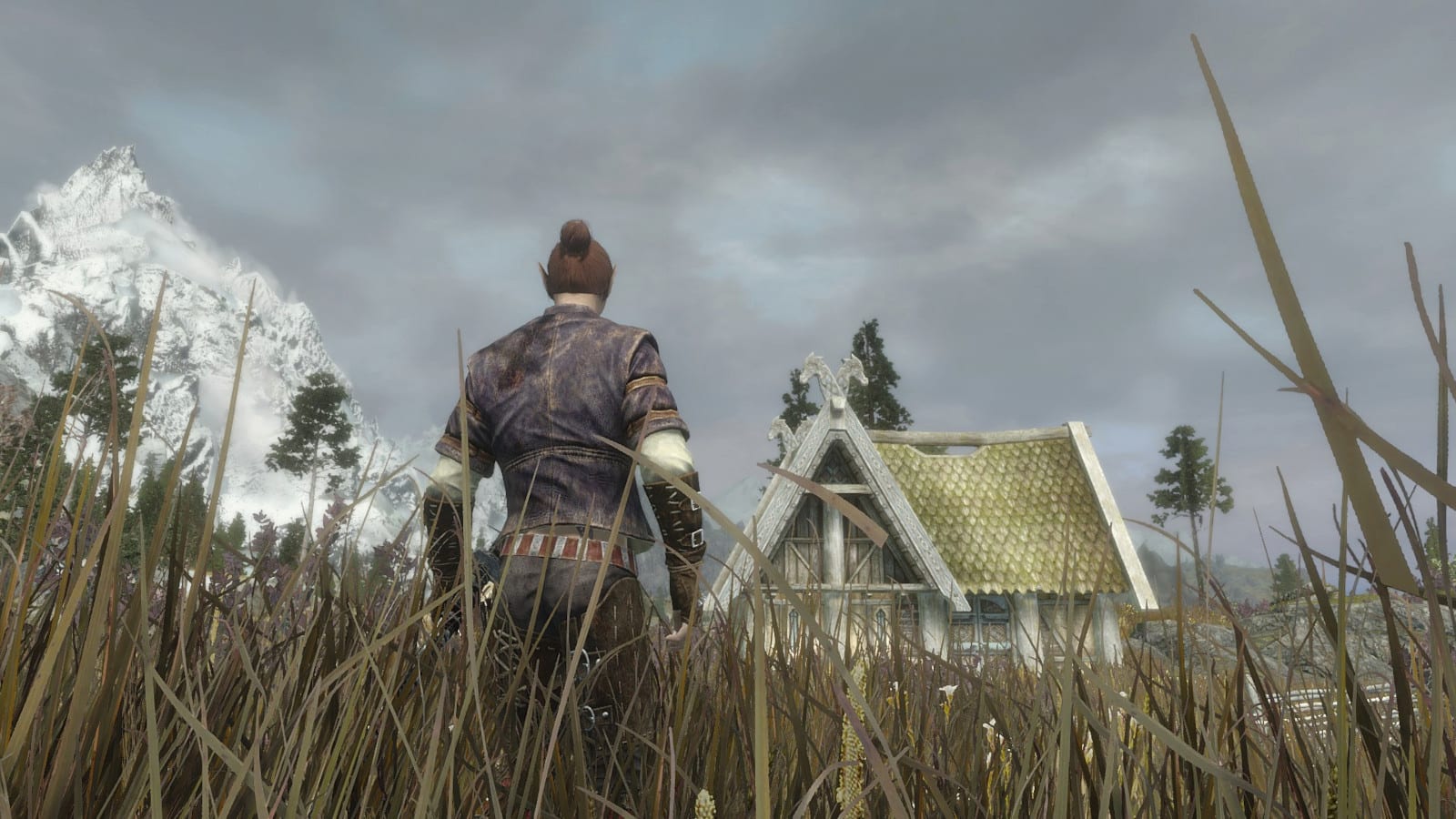 I must go home periodically to renew my sense of horror. [1]

1. McCullers, Carson. "Introduction", in Collected Stories: Including The Member of the Wedding and The Ballad of the Sad Cafe. Boston: Houghton Mifflin, 1987. ↥ To Content

9. Grandin, Greg. The End of the Myth: From the Frontier to the Border Wall in the Mind of America. New York: Metropolitan Books, 2019. ↥ To Content

10. Baldwin, James. "The Uses of the Blues," in The Cross of Redemption: Uncollected Writings. New York: Pantheon Books, 2010. ↥ To Content

11. The remark on Benjamin comes from Talal Asad, quoted in: Buck-Morss, Susan. Thinking Past Terror: Islamism and Critical Theory on the Left. New York: Verso Books, 2003. ↥ To Content